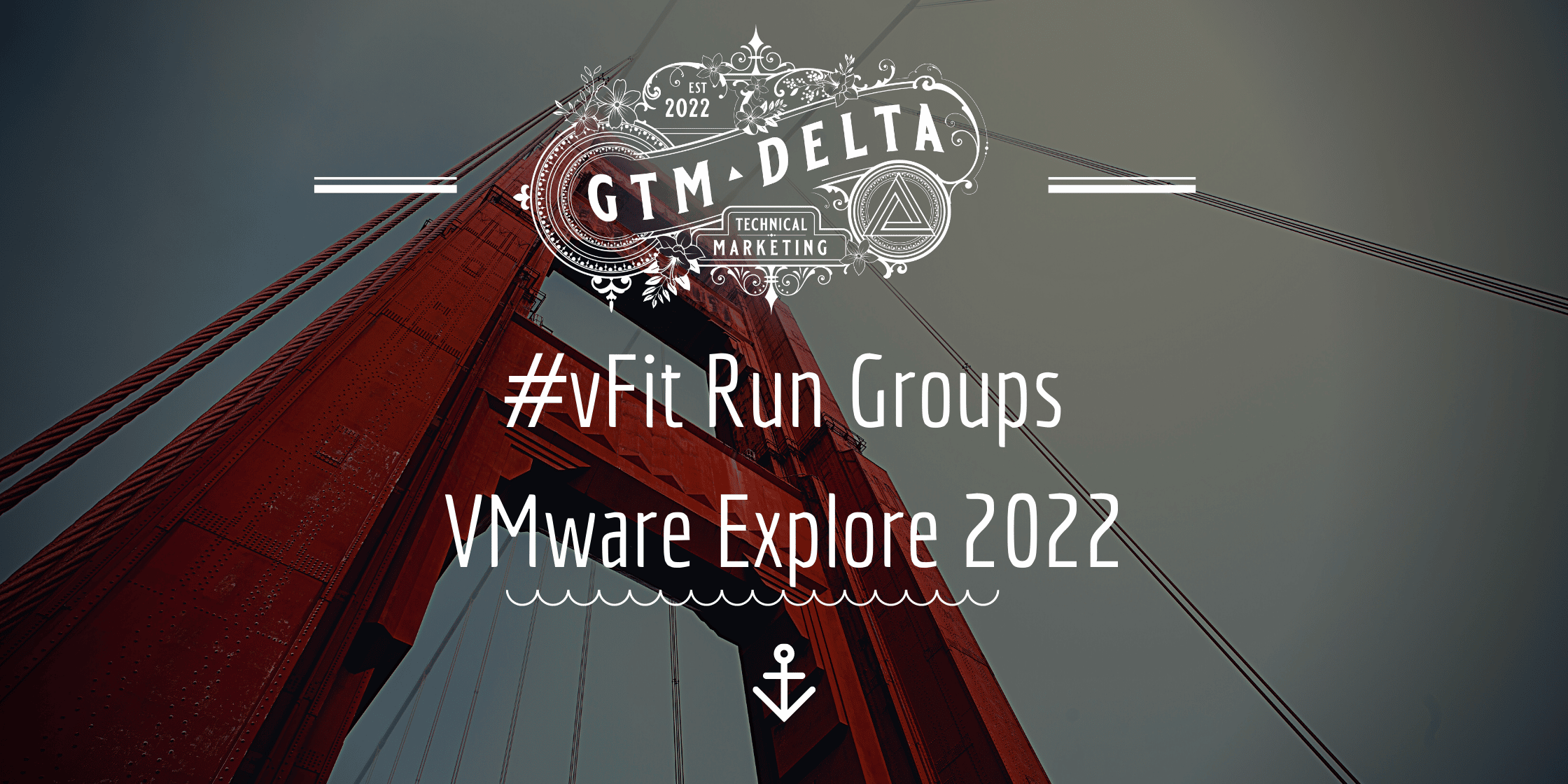 VMware Explore is around the corner and this is our chance to meet up for some great conversational runs in San Francisco. The GTM Delta team will be led by Eric Wright for a daily #vFit run group Monday (August 29), Tuesday (August 30) and Wednesday (August 31).

The running group goes for 3 miles and we run at around a 10:00 min/mile pace.  If we have a big enough crowd there are often a couple of different pace groups which develop.  There are a handful of stops along the route from traffic crossings which usually brings us all back together.

We meet at 6:45 AM and depart at 7:00 AM every day (sorry….East coast runners like those early starts) and the end of the run will also feature a trip to Blue Bottle at 66 Mint Street as our cool down treat.

The goal is a fun run with good friends, new and old, where we get to chat on life, tech, and unwind from the daily grind of conference chairs and standing too much.

Runs are Monday to Wednesday, rain or shine (unless it’s a torrential downpour…but we sometimes run even then).

The route is from Moscone South down  toward and around Giant’s stadium, along the Embarcadero, and back along Mission Street to the Moscone Center again to drop folks off.

Hope to see lots of my running folks there!

Here’s a preview of the run route.